One of the books top on my summer reading list was Educated by Tara Westover. The book shares a deeply personal, often-troubling, and raw memoir from Tara’s life growing up in a survivalist family in rural Idaho, and her anything-but-direct route to Cambridge. Tara’s education included extremes, from her family’s extremist upbringing which entailed junkyards, herbalism, religion, and even abuse. Her captivating story takes readers on a winding path of cringeworthy social settings, second-hand embarrassment, empathy, heartbreak, inspiration, incredulity, sorrow, and so many more emotions.

I left the book feeling SO MANY THINGS (the short list of which is mentioned above) and ultimately found myself scouring the internet for some sort of shared reflection, discussion, or… I wasn’t really sure what I wanted or needed.

And, as so often is the case, the Internet hath provide.

Below are 3 resources that can accompany your post-Educated journey.

Bill Gates has not been shy to give Educated exceptional praise and in an eloquent and meaningful way. I found myself nearly hypnotised by Westover’s story, yet couldn’t quite put my finger on what I found so mesmerising. Gates’ articulates similar sentiments (did I just compare myself to Bill Gates? Moving on…), and I’m particularly appreciative of the following observation:

It reminded me in some ways of the Netflix documentary Wild, Wild Country, which I recently watched. Both explore people who remove themselves from society because they have these beliefs and knowledge that they think make them more enlightened. Their belief systems benefit from their separateness, and you’re forced to be either in or out.
But unlike Wild, Wild Country—which revels in the strangeness of its subjects—Educated doesn’t feel voyeuristic. Tara is never cruel, even when she’s writing about some of her father’s most fringe beliefs.

Call me old-fashioned (a nerd and a half), but I love a good book club discussion guide. This particular guide, published in the New York Times, divides the book into thirds and is intended to accompany Parts I-III in Educated. While there are a few guides floating around the web, I appreciated this one due to its detail-oriented questions, particularly after a few weeks after I’d read the book. I was able to precisely remember the context in which the questions were relevant and think a bit more deeply about the reading. In other words, it really focused my attention to the content and making meaning from the entire text, rather than invent surface-level connections (something of which I am certainly guilty with summer reading…). But, don’t take my word for it. Here’s a sample:

In the Author’s Note, Westover cautions that this memoir is not about Mormonism or “any form of religious belief,” and that she rejects a negative or positive correlation between believing or not believing and being kind or not being kind. But her father Gene’s faith informs how he sees the world. What did you make of Chapter 8, “Tiny Harlots,” which moves from Gene’s distrust of Westover’s dance recital uniform to his pride over her singing in church?

“Now Read this” from the New York Times Discussion GUide for Educated (https://www.nytimes.com/2018/05/08/books/educated-tara-westover-discussion-questions.html)

I’m a hopeless critic. Give me the greatest book in the world, and I’ll immediately Google “criticism of ___name of book____” upon completion. I’m not implicitly negative or spiteful (promise!), but having spent enough time in the world of science, I’ve learned the value of taking a critical approach– to consider the source and what would need to be untrue (or less true) in order to allow something to be true (or more true). In any issue, there’s always another side, another perspective, and even if it’s not entirely true, it adds value and/or texture to our understanding.

And so, I found my curiosity piqued shortly after completing Educated, and thus, Googling things like “Westover family response to Educated” and the like. The Westover family is large and dynamic, and while Tara’s perspective and story are incredible, one cannot consider the entire story without the viewpoints of others involved. Tara’s mother is relatively active on social media, and there are a few comments from Richard, one of her older brothers. However, the most detailed response I’ve found has been Tyler (another brother) Westover’s response to Educated. Tyler’s perspective is particularly compelling to me, as he, it is presumed, lived a life closely paralleling Tara’s…from upbringing to leaving for a university education to navigating Westover relations into adulthood.

Tyler’s response to Educated at first was jarring. In many ways, he validated Tara’s story and seeks not to undermine her experiences. In other ways, he is clear to say that her experience is not what he witnessed or experienced himself.

This account, in particular, was the first indication that perhaps Tara’s story includes inaccuracies or misremembrance of events. This is, of course, expected to some degree in all memoirs. It’s the recalling of human experience, a process that is deeply personal and true to one person and one person alone. Tyler’s review and response actually helped create more poignancy in Tara’s story, yet also made me wonder to what degree memories were clouded or a product of misinterpretation.

It’s the most magical time of the year: the halfway point! The year has just as much experience behind it as it has possibility left. It’s a fantastic time to become intimidated by the unfinished evaluate New Year’s Resolutions, as well as personal professional development goals. {Remember, as always, you are in charge of your own professional development.}

For my half-way point, I’m taking the opportunity to round up and reflect on my top reads of the year. Check it!

Ever hear something that instantly resonates with you and makes everything in your life seem incredibly simple and straightforward?

But, the closest approximation to this is Carol Dweck’s mindset theory. Not familiar? Check it. I’ll wait.

People with a fixed mindset (named as such) see their traits as unchanging- what they’ve got is what they’ve got, and their self-worth and importance is defined by these traits. Things like talent, intelligence, and performance can have dramatic effects on how people with a fixed mindset see and think of themselves. In a school setting, we might see this with grades. Students who have a fixed mindset believe they are determined by their grades. They will celebrate an A, but instantly feel a panic. Now that they’ve received one A, they will absolutely have to get an A every time thereafter. Anything else is failure. The expectations heighten, as does the anxiety, and the pressure to perform becomes suffocating. If failure does happen (which– with impossible standards, how could it not?), it can lead to disappointment, shame, or even self-loathing.

Yet, interestingly, this desire to grasp this identity doesn’t always translate into work. This is because people with a fixed mindset, as you recall, think they’re either born with it. To be challenged is to be threatened. The path with the least chance of failure is alluring and essential to maintaining self-esteem for those with a fixed mindset.

At this point, it’s probably clear that there are some consequences with fixed mindsets. If you’re always taking the easy path, how much are you really gaining- let alone, growing? If you can’t expose yourself to trying to new things because you’re crippled with fear of failure, how long until even the things that you excel at start to frighten you?

To grossly oversimplify, a growth mindset is the opposite of a fixed mindset. People with this mindset are excited by challenge and see failure as one option and merely that. Failure, nor success, defines someone with a growth mindset. Rather, it’s the process of figuring out how to get to the next level. Growth mindset people are motivated, rather than intimidated, by goals. Rather than be intimidated by their started point, they are excited about their end-point.

In a school setting, you might see a student who is really eager to become a writer, or a scientist, or a programmer, or fluent in another language. These students are motivated by the end-point and while they may experience failure along the way, their failure doesn’t define them; rather, their goal ultimately energizes them and propels them forward.

So… we can probably say with certainty that growth mindsets are objectively more desirable. They help us learn, grow, change personally. Arguably, a person who adopts a growth mindset tackles challenges and likely helps others along the way. Not to say a fixed mindset person isn’t; but if someone is consistently avoiding challenge, it’s likely they are also quick to hide from others in the face of something that makes them feel vulnerable.

So, we all agree?

I’m pretty sold on the growth mindset. It’s productive, positive, and freeing. I’d love to see all challenges as simply obstacles. It seems like I can do this in some areas of my life easily (filing my taxes— I have to do them, and they’re confusing; but whether or not I do them well does not have much of an effect on how I view myself ) and not so easily in others (when I feel a lesson or activity I’ve facilitated has flopped, I immediately think: I’m a bad teacher, and therefore I am worthless).

Now, how do we get there?

While I intuitively recognized two readily available examples of where I waver with growth and fixed mindsets, there’s a better (more responsible and holistic) way or two. Let’s dive into the resources:

Like any change, adopting a growth mindset will take time, and it’s likely we’ll fall back into old habits steeped into our bones and routines…but as we know, these are merely obstacles on our path to growth.

[Photo by jesse orrico on Unsplash] 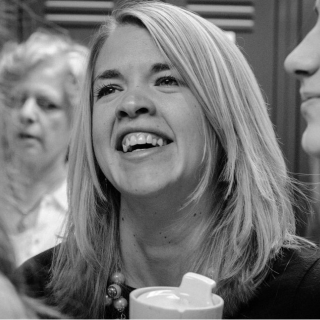